Many mobile app developers looking to create software for iOS, OSX, Android and PHP (web) found this process too challenging and most of them didn’t want to deal with the boring and time consuming stuff. Similarly, iPhone, Android and web developers didn’t want to get stuck doing mundane and repetitive tasks like building a backend platform stack from scratch. This could be achieved using PaaS (Platform as a service) offerings like CloudFoundry, OpenShift and Heroku but just didn’t provide a seamless and easy solution. Hence the term, cloud backend as a service was born out of the USA and we realised we were one of the key market players neatly positioned behind other (bigger) companies in the market. Kumulos is not backed by VC’s, its built and run by guys who develop real mobile apps for iOS, Android and a whole bunch of other platforms.

When Kumulos was first launched in beta, the term ‘cloud backend as a service’ was unfamiliar to anyone outside Silicone Valley. It turns out now everyone is talking about cloud backend as a service technology and we’re proud to be one of the original players in the space. We’re not from Silicone Valley. The Kumulos team is Scottish. If you’re not familiar with Scotland, it’s a damp island where people play golf. We eat haggis, play the bagpipes (very loudly) and hunt mythical sea monsters for fun. We also love developing sweet, kick-ass mobile apps and want to enable other iOS, Mac OSX, Google Android and PHP web app developers to do better business and make more money from their apps too. It’s not just the dudes in the valley that can play ball…

Apple has been focused predominantly on developing the Apple hardware and the iPhone iOS SDK, but iCloud has seen little progress from a mobile developer perspective. Apple can focus increasingly on mobile ads and technologies such as voice recognition, creating a gap for companies like Kumulos offering scalable cloud backend as a service platforms. Amazon started off with infrastructure as a service and has moved on to platform as a service and is branching out gradually into other mobile specific service offerings. With the exception of developing the Windows Phone, Microsoft has focused instead on improving Azure infrastructure as a service and is also gradually moving towards platform as a service offerings.

Here at Kumulos, our belief is that you can only become a major player in the mobile market place by being a comprehensive cloud backend as a service platform. Kumulos offers a full feature set that every mobile and web app developer needs to get their apps into the market place, making money, faster than the competition. That’s the edge that Kumulos gives you as a developer, we actually understand how to help you do better business as app developers.

As one of the worlds original cloud backend as a service platform’s (BaaS), here at Kumulos we intertwine infrastructure as a service (IaaS), platform as a service (PaaS) and mobile API’s. Every month Kumulos serves over 1 billion API requests across thousands of apps. Kumulos is enabling dynamic apps to be built seamlessly and deployed across multiple platforms, helping app developers across the world to do better business and make more money from their mobile apps. Welcome to the mobile cloud and backend as a service (BaaS) infrastructure, welcome to Kumulos. 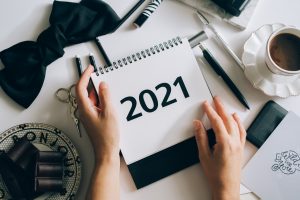 A Year in Review: What We Achieved At Kumulos in 2021 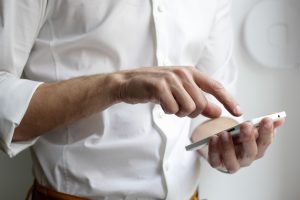 Deferred Deep Linking – what it is and why you need it