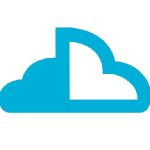 Backend as a Service: The Latest Market Trends & Drivers

FTC’s new child privacy rules; should developers be worried? From Kumulos (Backend as a Service)

Gamification, A Bubble about to Burst? From, Kumulos (Backend as a Service)
← Back to Insights

Having a mobile app idea is like a plot for movies or novels these days – everyone has at least one good one in them. The problem is that most people will never take those ideas further than drunkenly telling their friends the details during a weekend night out.

This means though, that you and many other people could be walking around with a potential gold mine of an idea just languishing away at the back of your heads. After all – how will the rest of the world know how good your idea is unless you bring it to fruition?

That’s why today we at Kumulos are going to give you 4 steps to taking that app idea out of your head and getting it into the app stores.

This stage is crucial.

Go out and look at what other apps exist right now in the app stores that are similar to your idea.

Ask yourself a few important questions:

How many apps are there? How popular are they (how many downloads)? How do they monetize themselves? Are their developers indie or big developers?

By doing this, you can start to get the lay of the land around your mobile app idea and also start to have an inkling of how successful your app in its current form will be. And here’s the kicker, if you find an app that’s doing the same already – why not take the best bits from their app and combine them with your own idea to make an even better app?

This is likely to give you a major leg up over the competition, as many people will go for the app that is “The same, but better.” if there are already a few apps in the same genre.

And if you feel bad about using someone else’s idea, just remember that the late Steve Jobs was once quoted as saying:

Seems to have worked out ok for Apple.

When you’ve finalized your idea, try Microtesting your app. This involves setting up a simple landing page that looks like your app could be bought from it, but there’s obviously no app to be bought. Once that’s set up, run a short and cheap ad campaign to let the market know you exist and then track the clicks on the download button.

It’ll give you a hint as to how much interest there is out there for your particular idea.

2. Plan your mobile app idea out

So you have the basis of a good idea, fantastic! Good for you!

Now what you have to do is take that anomalous, ethereal idea, pull it out of your imagination  and start to mould and sculpt it into something actually resembling an app.

To start this process, decide what OS you want to develop for and why as this will impact every design decision you make afterwards.

For example, iOS is more strict about UI design but has the payoff of iTunes users being more likely to pay for a premium app. On the other hand Android’s open source style allows a large amount of creative freedom with app development and free apps supported by advertising have been shown to be powerful money makers in their own right.

Whatever OS you decide on, after this comes the actual planning out of the app design itself.

What will it look like? How do you imagine the UI working? What is the core feature and how are you going to implement it?

Even if you don’t know know exactly how it will work when it’s on a device, just having a plan will make you feel like the project is real and also having answers to these 20 important questions it’s also going to make it easier to brief a mobile developer.

This one only applies to those not looking to also develop their own app ideas, but as more and more people who have no programming experience get into the app world it’s becoming increasingly common that this is a stage in turning app development ideas into reality.

After your planning stage it’s time to start looking for a developer to outsource the actual development to.

Whatever you decide to do, it will help you greatly if you have spent as much time as possible clearly outlining exactly what you want in your app. What’s essential to you, what’s non-essential but desirable and what you could live without. The more detail you can give in your initial pitch to the developer, the happier both of you will be.

Now there are plenty of app developers out there who use our mobile backend as a service in many of their app development projects, but who you use is largely dependant on your own personal choice.

You’ll want to pay attention to the reputation of the developer, do some sniffing around and see if there are any standouts, both positive and negative, in your searches. Also, despite them usually being much cheaper, we would recommend you use caution when looking at foreign app developers from say, India or China.

Some of these may indeed be quality developers, but the number of cautionary tales of people being sent nearly broken source code, apps with the wrong features or app breaking bugs and the developer then being near impossible to contact are all too common sadly.

Once you’ve tracked down a developer you like and also have an idea of how much they’re likely to charge, then it’s time to think about funding.

Money is what makes the world go around, and it’s probably why you’re developing an app in the first place, but to make your app happen, you’re going to need to have some the foot the development bill.

Now this will be anything from under $150 – $5000+ depending on how complex your app is and who’s developing it.

How do you get this money?

Well, that’s entirely dependant on what your financial situation is.

If you’re comfortable, maybe you can foot the bill yourself, or perhaps you and a friend can combine resources and they can be the co-developer of the app?

If you’re needing more substantial amounts of money, you can try out Angel Investors. Inc.com has a list of Angel Investors and also a guide on how to catch their attention.

Another option would be perhaps to try crowdsourcing the money, but with hundreds of new apps popping up all the time, you’re going to need a truly fantastic pitch to draw in the money. Still, it’s not impossible, and remains a viable option in the right circumstances.

Hopefully these tips will help you get that app idea into production.

If you’re ready to get started, why not take Kumulos for a spin today? Signing up is free, and you get instant access to our industry leading mobile backend creation tools and tools such as app store optimization.

Backend as a Service: The Latest Market Trends & Drivers

FTC’s new child privacy rules; should developers be worried? From Kumulos (Backend as a Service)

Gamification, A Bubble about to Burst? From, Kumulos (Backend as a Service)