Apple’s App Store and the Google Play Store have completely transformed the way companies can find a “shop front” for their product. Having said that, the competition is beyond fierce. Pocket Gamer maintain a record of how many apps are submitted to Apple’s store, and the figures make fascinating reading.

Typically, the number of apps submitted daily ranges between 2500 and 3000. In September 2016 over 160,000 apps were submitted in one month alone. As such, there’s always some work to do to get your client’s apps found – let alone noticed on a serious scale. With that in mind, here are five app store optimization tips to give those apps the best chance of success:

It seems incredibly obvious, but there are thousands of app developers and agencies who, in their hurry to push an app live, allow their apps to look extremely lackluster once they hit the stores.

For far too many people the crucial details – the screenshots, app logos and description texts – are little more than an afterthought once the hard work of actually creating the app nears its end. This is a really short-sighted approach.

To increase your clients’ chance of success, make sure they understand how important this presentation is. Producing the app description, for example, should be treated as a serious task in itself. It should never be something that’s quickly thrown together and highlights endless features instead of benefits.

The combination of graphical elements, screenshots and descriptions will often be the first a potential customer sees of an app, and has a huge bearing on the number of downloads. It’s up to you to ensure your customers understand this, and place sufficient importance on the related tasks.

Again, an obvious one on the surface, but something many people forget. With millions of apps to choose from, there’s simply no point in copying what’s been before – every app that stands a chance of being successful needs a way to stand out.

This is something to bear in mind at the early stages of app development. If a client is proposing an app that’s been “done” dozens (or more) times, they need to understand that it needs an edge over the competition – otherwise obscurity beckons.

App testing is time consuming and repetitive, but this should never be used as a reason to take shortcuts. Customers will soon catch on if an app doesn’t do what it says on the tin, and Apple might too.

This quality control focus must be maintained long beyond version 1.0 and the Minimum Viable Product stage. Even a well-established app can be dealt the kiss of death if you push out a poorly tested update. One minute you can have a great looking listing, then before you know it the App Store is showing a one-star rating under “latest version” because someone forgot to make absolutely sure the new version worked properly on (for example) an iPhone 6 Plus.

Effective quality control requires constant co-operation and dialogue between all the developers, the agency and the client. Most importantly, these parties should learn the importance of slowing down and not rushing either products or updates to market.

Remember also that you just to test more than just the app. A/B test your app store listing to see which keywords users are looking for – not just the words you THINK they’re looking for.

It’s a tad clichéd but it’s better to do it right than do it fast.

Apps with poor review scores often get completely ignored. Add to this the fact that end users can often prove unfairly savage (even when they’re only paying pennies), and you have the potential for the all-important review section to destroy the success of your app.

The best way around this (aside, of course, from doing all you can not to give people a reason to leave bad app store reviews), is to encourage reviews from the happy customers. This doesn’t mean hounding people for reviews via popups, as this is something that could provide yet another reason for negative reactions!

However, if you time things right, you can encourage people to give credit where it’s due. Perhaps consider a “give feedback” prompt when users have clearly been using the app as it’s intended without problems. In-app analytics can help with this.

Another thing you can do is encourage people to leave reviews during other interactions with them – perhaps via clients’ websites and social media. It’s also worth working on building a good relationship with frank, honest and informative update notes when bugs are fixed. Some well-known companies including Slack really excel at this.

Don’t forget other means of marketing

Finally, don’t allow your clients to think that the app stores aren’t the only places to showcase their apps. The stores should be just one part of a combined marketing effort than can include promotion on company websites, social media work (including paid targeting) and PR efforts to have apps featured in external reviews and “best app” roundups.

Sometimes the bug successes and download surges come from these exercises, and not because of how the app’s been presented for the stores. 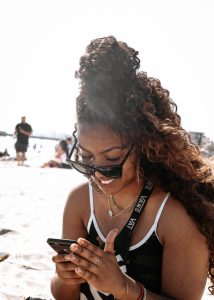