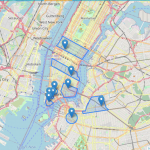 Guide to Location Targeting with Geofencing 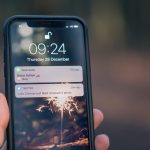 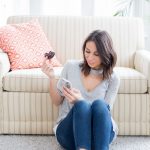 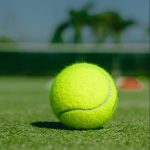 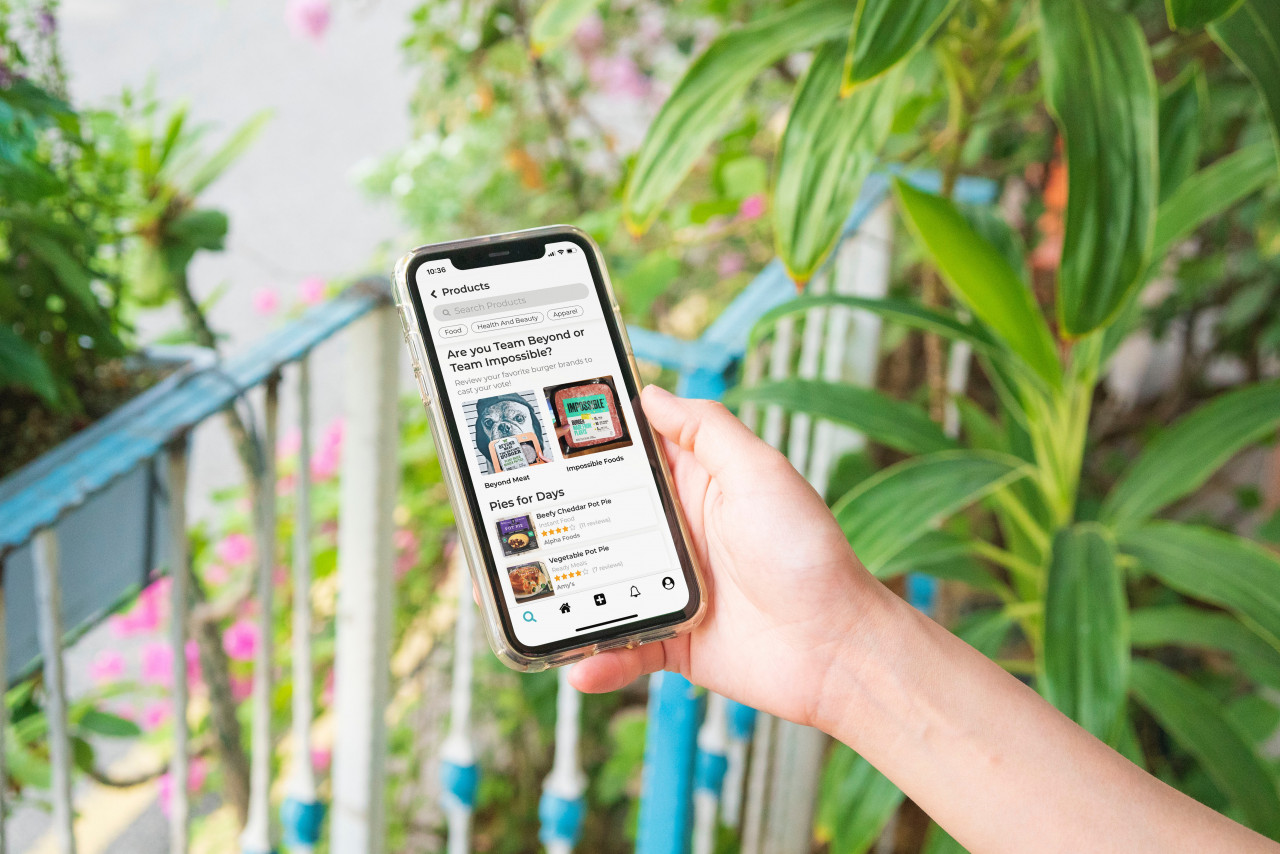 What exactly is feature adoption?

In a nutshell, feature adoption is the act of adopting an app’s feature(s) into use. It’s what you get when you create an app feature, and the audience you created it for actually uses it, preferably on a regular basis. When a new app feature is introduced to its intended audience in the right way, it’s easy to understand its value, and easy to use as intended – meaning happy users, and an app with the potential for long-term growth and success.

But regardless of how successful – or otherwise – an app’s features are, one thing we’re all agreed on is that feature adoption is important. The more features your audience uses, the more value they’re getting from the app; the fewer they use,  the less value you’re delivering, and the more likely they are to churn.

Rolling out new app features is critical in the race to stay ahead of competitors – but when current estimates tell us that only 20% of app users engage with apps comprehensively, you’d wonder why you’d bother adding new features at all. However, if you can increase feature adoption, you’ve got an opportunity to capture this 80% of users not getting optimum value out of your app, and one has to assume, at risk of churning at some point in the not too distant future. And it’s not just about your audience – if new features aren’t being adopted, it could impact heavily on your app development cycle.

Bottom line? It pays to get new features in front of your users as quickly as possible, because –

Delivering a personalized and contextual onboarding experience can set the tone for your users’ introduction to your app. In much the same way, introducing users to the app’s features  – the elements that are going to add value to your audience – gives them the opportunity to experience the all-important  ‘a-ha!’ moment, ensuring they stick around for longer than 5 minutes.

Nudging users to adopt a new feature in the right way means your users will discover the feature in the right context and return to use it regularly (at least, that’s the hope!).  And once your audience is clear about the value that a certain feature delivers, you’ll improve your app’s stickiness and start to see an increase in engagement.

Improving feature adoption drives retention. App users will stick with an app that solves their problem and adds value to their life in some way –  but they’ll be as quick to uninstall if they perceive that there’s little to be gained by hanging around. Increased feature adoption means regular, repeat use,  which in turn creates more value for your audience, and lower churn rates. Once you’ve nailed your strategy, and users start using new features out of habit, you’re on the way to creating long-term loyal fans.

How to improve feature adoption

Each new app feature you create presents the opportunity to add value to your users’ experience. Features that never see the light of day – the ones your users are unaware of, or worse, that they know about but have remained unconvinced to embrace – can have the opposite effect … if a user can’t see the value in your app, why on earth would they spend time using it? This is exactly why mobile product managers and marketers are so laser-focused on driving, tracking, and measuring feature adoption.

There are loads of strategies to help drive feature adoption, but the most obvious method is to introduce techniques that draw attention to, and educate users on, these new features. Here’s our take on where you need to focus:

The ability to drive feature adoption consistently is non-negotiable when it comes to user retention. Your audience will only stick around if your mobile app delivers real value to them – one that sits idly on a home screen, or that’s not being used to its full potential will never deliver the kind of tangible value that drives long-term customer loyalty. 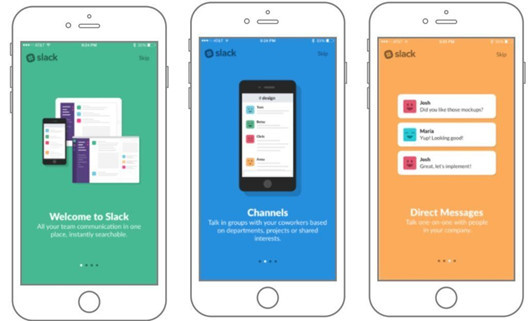 A great way to help users discover the full glory of your mobile app and the value that you can add to their lives is the humble onboarding process, the perfect opportunity to discover the app features that are going to deliver the greatest value, walking them to that notorious ‘aha’ moment when a new user experiences your app’s value in a way that – most of the time – ensures they’ll be back for more. But great onboarding isn’t a case of throwing every feature at your user and hoping that one of them fires the flames of curiosity … there are a few things you’ll want to keep in mind:

A seemingly small 5% improvement in your retention rates can translate into a massive 25 to 95% increase in profits, while a seemingly trivial 3% monthly churn rate will result in a rather more alarming 31% churn across the year. Bottom line? It pays to make sure your audience knows about new features, and better still, uses them.

Tooltips might not be the most progressive method for driving interest and engagement in new features, but they’re one of the most effective! These small in-app messages attached to a specific UI element or location on the screen, are usually text-based – but not exclusively – and are used to provide contextual guidance, highlight new and key features, or alert users about new updates. Use them to capture audience attention and tell them about new or unused features:

A healthy retention metric is a key indicator of your app’s sustainability and longevity – other metrics can be massaged to put a positive spin on your marketing narratives, but retention doesn’t lie!  A feature tutorial – or in-app tutorial – when implemented right (ie, contextual, relevant, personal)  has the potential to increase feature adoption by up to ten-fold, helping you hang on to these users that are in danger of churning …

It probably doesn’t require much in the way of explanation, but to retain your audience, they need to be getting some kind of value from your app, and the only way they can do this is if they’re aware of its range of features, and how to use them. That’s where in-app tutorials come in. 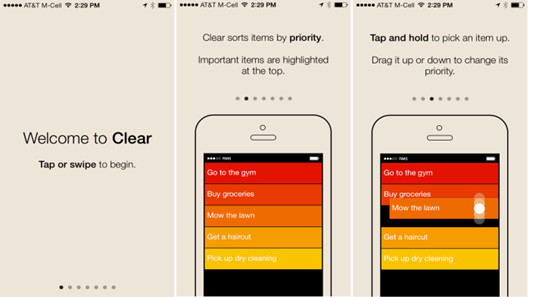 As will all the activities you’re exploring to boost feature adoption, the critical consideration is when to deliver the information; rather than dumping your tutorial at the start of a user session, make sure you’re delivering it once your audience has had the opportunity to settle into the app – users will digest the feature information more easily once they’ve got a concrete frame of reference, and you stand less chance of putting them off, permanently. Front-loading information in a mobile app is one of the worst offenders when it comes to the reasons why users hit the uninstall button after downloading an app. What’s more, immediately funneling users into a tutorial is likely to frustrate them, so it’s worth keeping in mind that feature tutorials should always be voluntary. Our advice if you’re thinking of the tutorial route?

Once a user progresses from beginner to regular user of your app, you need to focus on showcasing “deeper” features that they either don’t know about or just haven’t cared enough about to start using regularly (aka ‘feature blindness’). The more features your customers use, the more value they’ll get, and the more value they get, the more engaged they’ll be. In-app messages are a great way to expose new app features to your audience, regularly informing them what’s new in your app, and how it adds value to their app experience. 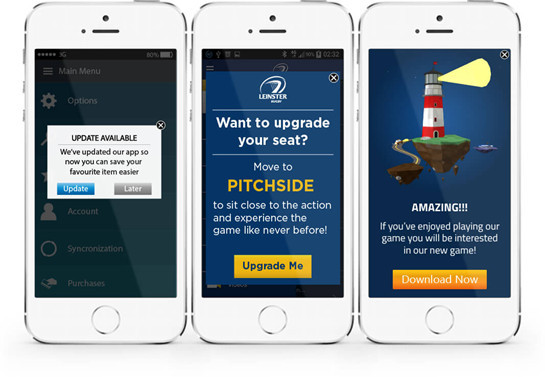 Well-timed messages can encourage your regular users to use neglected or long forgotten-about features, particularly if the feature is a key part of your app’s core functionality – it’s one thing for a user to dismiss a nice-to-have feature, but if they stop or never start using a key feature that has the potential to deliver real value, it rather undermines the reason your app exists in the first place.

As always, the golden rule is ‘be mindful of your users’ –

Brands can spend a lot of time and money developing new app features, but then fail to bring them to their audience in a way that engages and encourages repeat use. By shaping a feature adoption strategy that utlizes the methods outlined above, you should start to see adoption rates rise, engagement rates follow suit, and a growing cohort of loyal users that understand the value your app offers. If you’d like to find out more about how Kumulos can help drive feature adoption, talk to us!

Guide to Location Targeting with Geofencing