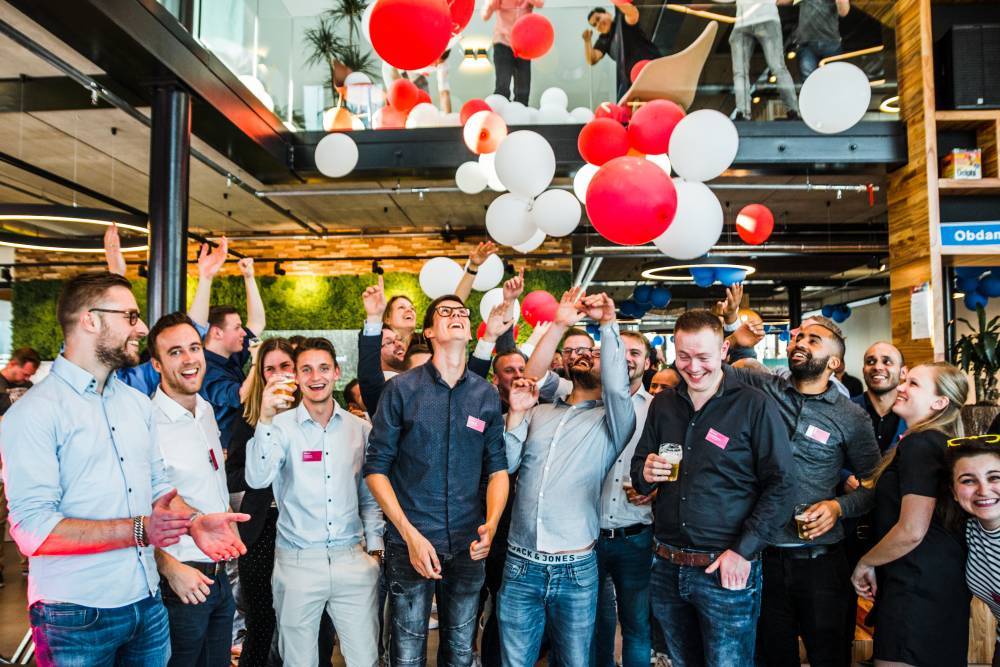 About the Kumulos & Betty Blocks partnership

Announcing the partnership, Betty Blocks, CEO Chris Obdam says, “There’s a great fit between BettyBlocks and Kumulos which really complements each company’s strengths. Together, we now provide a complete technology stack to allow Citizen Developers to innovate faster and create mobile apps in a fraction of the time that was previously possible.  We’re excited to find in Kumulos a true kindred spirit when it comes to pushing the boundaries of mobile app innovation. Kumulos is really going to take Betty Blocks to the next level in terms of mobile app performance optimization.”

Kumulos Founder, Bob Lawson adds.“The decision to partner up was easy! Put simply there was such a strong technology fit and strong cultural fit that it wasn’t a difficult decision. We look forward to doing great things for our customers with this joint venture.”

Bob continues, “At Kumulos we’ve always been about simplicity, without compromising capability. What we mean is, we allow apps to be created with minimal technical expertise and remove unnecessary complexity from building an app. And, we do this without having to compromise on app functionality. So apps can be built faster with less technical resource, substantially reducing costs and delivering innovation faster.”

Chris says, “Kumulos will take Betty Blocks applications to the next level. If an hpaPaaS (high-productivity platform as a service) and an MBaaS (mobile backend as a service) had a baby, that baby would revolutionize the mobile app development space! We think that by joining forces with the backend and analytical power of Kumulos, the powerful and innovative platform Betty Blocks provides will create really cutting edge applications.”

Bob explains, “Betty Blocks does a great job at creating the Client Side functionality in the app. Where Kumulos comes in, is to provide all the serverside technology an app needs to be successful. Like analytics technology to understand how the app is performing and where areas of improvement can be made, technically and commercially, as well as providing tools like Push Notifications and App Store Optimization to drive commercial success from the app. So we make the app built in BettyBlocks a commercial success.”

How did Kumulos meet Betty Blocks?

Founder of Kumulos, Bob Lawson says, “We met Chris and the rest of the Betty Blocks team and immediately it became apparent how much of a complementary fit Kumulos was with Betty Blocks. Not only that but the entrepreneurial spirit of the Betty Blocks team is very similar to that of us Kumulites! In fact, earlier in the year, Betty Blocks achieved Leader status, in the Forrester Wave Mobile Low-Code Platforms for Business Developers which greatly impressed us!”

Chris Obdam, agrees, “Both the complementary nature of the technology with Betty Blocks enabling front end app development and Kumulos supplying the backend piece as well as philosophically in what both the businesses were focused on achieving for customers by enabling the citizen developer to innovate faster.”

Bob concludes, “It just became a no-brainer. It’s the classic 1 plus 1 equals 3 for our customers.

Bob says, “The goal is to accelerate innovation and empower more people to do great things.  With our partnership we will be at the bleeding edge of digital transformation programs that will have a huge impact on how businesses operate today and into the next decade. Put simply there’s no limit to our goals!

Chris Obdam summarises by saying, “We think we have a unique opportunity to make each other better. Equipped with the tools that Kumulos provides to monitor and optimize mobile app performance, mobile apps built with Betty Blocks will be taken to the next level. We hope to build a lot of strong use cases together with Kumulos to showcase the power of our joint forces! Long-term, we’d like to see every single Betty Blocks mobile app using the power of Kumulos.”

Betty Blocks founders, brothers Chris and Tim, began Betty Blocks classic start-up style in their parents’ attic. As internet entrepreneurs, business-minded Tim thought it would save so much time if he could create solutions himself rather than having to first ask programmer Chris for help. That’s where Betty Blocks comes in: a development platform where anyone could build applications without having to be a programmer. As for the name, Chris and Tim grew up in a small village in the Netherlands, where a community of Dutch farmers instilled traditional values of working hard and staying down-to-earth. These values are the foundation of the company culture as well, and were inspired by the local agricultural industry–Betsy is a popular name for Dutch cows. They ultimately chose Betty instead to avoid confusion. The second part of the name refers to the proposition to build business applications with visual modelling of pre-programmed ‘blocks.’